A new report by the Lancet Commission on the Global Syndemic of Obesity, Undernutrition, and Climate Change delivers a powerful, incisive analysis of the drivers of those overlapping worldwide problems with some long-overdue and hard-hitting recommendations. The starting point is a recognition that malnutrition in all its forms is by far the biggest cause of ill-health globally, and that this is because we are in the midst of a “global syndemic”.

But what is a “syndemic”?

Obesity, undernutrition, and climate change are distinct, massive global challenges. But they also overlap in time and space, interact with each other, and share common underlying drivers. Collectively, they represent a syndemic. (Originally coined as “synergistic epidemic,” the term was first applied to the interactions between different disease outbreaks. Here, the Commission has expanded its scope.)

This syndemic has thus far been notably hard to treat. The patchy progress is largely due to policy inertia and a lack of effective solutions, caused by inadequate political leadership and governance; strong opposition to policies by powerful commercial interests; and a lack of demand for policy action by the public.

The global agri-food system is a major contributor to the syndemic. Currently, it prioritizes massive, energy-rich staple production with comparatively little attention to nutrient-rich foods such as fruits and vegetables. As a result, healthy diets are often expensive or inaccessible, while ultra-processed foods (e.g. noodles, potato chips) flood markets. The food system also contributes nearly one third of all anthropogenic greenhouse gas emissions, and in the process is causing rapid deforestation, soil degradation, and massive biodiversity loss.

The Commission brings a particularly sharp focus to the private sector, which should play a major role in any comprehensive set of responses. But that will require some significant reforms. Although most food businesses are small-to-medium-sized enterprises, large food corporations (“Big Food”) are explicitly driven by a fiduciary duty to prioritize financial returns to investors. Ultra-processing involves adding steps to the value chain, which enhances profit margins. Thus it’s ultra-processed products, manufactured on massive scales and marketed globally, that bring the greatest returns.

Big Food’s go-to solution for obesity—self-regulation—does not work. It lacks the force of law and public accountability, and it preserves business as usual: Commercial success (wealthy corporations) co-existing with market failure (negative health and environmental outcomes).

Clearly, a new business model is needed that works for people and planet as well as profit. To strengthen the hand of nations against the enormous power of transnational food corporations, and ensure comprehensive action to address the global syndemic, the Commission calls for a Framework Convention on Food Systems (FCFS)—a global treaty to promote healthy diets and sustainable food production.

But policy inertia stems from other causes too. The Commission argues there is a major role for civil society and grassroots social movements in rallying political pressure and consumer demand for healthy diets from the ground up. These key stakeholders can also play a larger role in in monitoring and benchmarking progress towards meeting goals, to strengthen government and corporate accountability.

Better monitoring and research are also essential to addressing the food system role in the syndemic. A substantial infrastructure is already in place, but it needs strengthening. The INFORMAS network is cited as a shining example of food environment assessment and monitoring, along with the World Cancer Research Fund’s NOURISHING database of nutrition policies.

Another key element is funding. It’s shocking to see that globally, only 2 percent of health-related aid goes to the prevention and control of non-communicable diseases, such as diabetes, despite their being responsible for two-thirds of deaths in low- and middle-income countries. The Commission recommends philanthropies and other sources donate $1 billion to support civil society alliances (such as that which pushed for Mexico’s successful tax on sugary sodas) to advocate for relevant policy action.

We also need more research into the unique problems this syndemic poses. The report highlights three areas: Application of systems science to the syndemic; research into the sociocultural dynamics that enable or stymie action; and policy research to understand the current prevailing inertia and lack of traction. The new Agriculture for Nutrition and Health (A4NH) initiative Stories of Challenge—which explores how food system problems are solved on the ground – and can help respond to the Commission’s call for more positive examples and models. Stories are emphasized as a key component of the advocacy arsenal, and the report includes many perspectives from different actors participating in its panels.

The report concludes with principles to maximize impact: Think syndemically, join thinking with action, strengthen governance (global, national, municipal), support civil society engagement, reduce commercial influence on policy, strengthen accountability, focus research on drivers and actions, and build business models that are fit for the 21st century. A syndemic, by its nature, will generate complex impacts that resist the usual solutions; the report offers an important road map to confronting this challenge.

END_OF_DOCUMENT_TOKEN_TO_BE_REPLACED 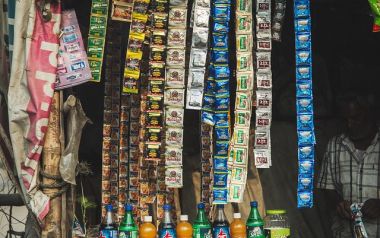 The framing of malnutrition as a global problem that affects us all is long overdue. This view...

END_OF_DOCUMENT_TOKEN_TO_BE_REPLACED 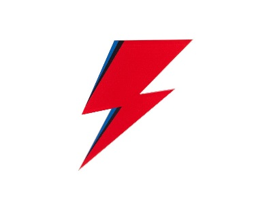