Over the last year, the resurgence of the Black Lives Matter movement has been paralleled by an accelerating movement to decolonise development. Among the many papers and blogs, this Lancet Perspectives article is one of the best. Seye Abimbola and Madhu Pai not only highlight the colonialist roots of global health, they go on to envision a decolonised future where equity, justice, humility and respect replace supremacy.

Supremacy goes well beyond ‘pale, male and stale’.  It manifests in what does (or does not) happen between countries, and groups and individuals within those countries.

In research, it governs who sets the research question, who pays for the work, who decides on methods, who does the work, whose names are on the paper, who publishes it, who reads it and who decides on the next study to be done – or the next research program to be set up and funded.  In a word, everything.

Much of the impetus on decolonisation in recent years has come from global health thinkers and doers like Abimbola and Pai, as the reading list below shows. But of course it transcends any one discipline. Last week, Arvind Subramanian and Devesh Kapur wrote about absent voices in development economics. They cited Kazuo Ishiguro’s 2017 Nobel lecture in which he urged the broadening of “our common literary world  to include many more voices from beyond our comfort zones of the elite first-world cultures.”

The decolonisation movement has shone a light on questions of agency, power, human rights, equity and justice in the midst of a pandemic which has also brought these issues to the fore. Not only has COVID-19 exposed different forms of inequity, it has amplified them. People who are poor, marginalized and exploited are more likely to be dependent on fragile livelihoods that cannot be outsourced to Zoom meetings. It has led to the loss of livelihoods and lives.

The word ‘crisis’ comes from the Greek noun ‘krisis’ which means ‘to separate, decide….a turning point’

A year ago, Erica Nelson, Nick Nisbett and I decided to look into this potential ‘turning point’ in the light of past histories of global nutrition. Like global health, global nutrition has roots in colonialism and supremacy. We like to repeat the mantra that nutrition is both a marker (of deprivation) and a maker (of development) but we are far less likely to hark back to a history when nutrition was a discipline that propped up colonialism, racism, inequality and injustice.

Nutrition has always operated at the interface of health and food systems which have deep roots in colonialism. For global nutrition to move forward, it needs to confront its shady past – the overt and disguised racism, the systems of food apartheid and the massive power imbalances within health and food systems. Vaccine nationalism, global food trade terms are just two examples — there are many more.

Twenty years ago, just after I joined IFPRI, I worked on ‘strengthening capacity for nutrition’.  At that time the finger of blame for the failure of large-scale nutrition programs often pointed to insufficient/unsustainable capacities within communities and organizations responsible for implementing them.

But many of us then failed to take the next step. Inadequate capacity is not just the cause of failure, it’s the symptom of a larger failure that has its roots in colonisation and intergenerational injustice. The proper response to capacity gaps or weaknesses is not simply to initiate a capacity development program – it is to dig deeper, to respect, protect and fulfil the human right to food and health, and to work towards intergenerational equity and justice.

A recent article in the New Humanitarian shows how much work remains to be done. The EU’s commissioner for crisis management recently stated: “What is actually the biggest barrier to localisation is the capacity of local actors. Most often, the local organisations lack the capacity to fulfill all the criteria with regard to accountability, transparency, sound financial management…”

Just as ‘community-based’ does not equate with ‘community-driven’, localisation — defined and driven by global northern organisations — is far from decolonisation.

For those of us in the global north, decolonisation requires us to get out of the way – or ‘lean out’. It requires us to become better allies and enablers, not leaders.

Coming back to the notion of a turning point, 2021 has been declared a Year of Action for Nutrition — a year when there is not one but two major summits – the UN Food Systems Summit and the Nutrition for Growth summit.

The UNFSS promotes itself as a ‘people’s summit’ where everyone is welcome at the table. Current past UN human rights commissioners have written: “Coming to the table to discuss ‘solutions’ is not as simple as it sounds. What if the table is already set, the seating plan non-negotiable, the menu highly limited?” In their Lancet article, Abimbola and Pai also remind us, in a broader context, that “what is on the table is as important as who is around the table.”

In a seminar last week, the UN Secretary General’s Special Envoy, Agnes Kalibata provided assurances that human rights will be foundational to UNFSS processes, and that corporate capture is not an issue.

The big question remains – how will such an open-door policy address the huge power asymmetries between actors that underpin and enable dysfunctional food systems? If human rights are foundational to the Summit process and deliberations, then issues of power, agency and justice must be ‘on the table’ too. As far as I can see, there has been little open public discussion of these issues. Without this, the notion of transformation based on ‘game changers’ is meaningless.

In our brief review of global nutrition histories, we concluded that it is not enough to listen to different perspectives, we have to learn from them, and act differently as a result. To dig deeper, well below the surface to better understand the ‘causes of the causes’ so we’re better able to address them.

And for this to happen, we need humility (not hubris), we need creativity and honesty and — if we are to work together– we need trust.

Here are a few other key readings on decolonisation:

Foreign Aid Is Having a Reckoning, New York Times, 13 February 2021

Dreams Of A Beloved Public Health: Confronting White Supremacy In Our Field

Closing the door on parachutes and parasites

Global health: who tells the story?

Global health needs to be global and diverse

Does global health still have a colonial mindset?

Decolonizing global health: if not now, when?

For some reason – unlike our health counterparts -- nutrition professionals tend to shy away from...

END_OF_DOCUMENT_TOKEN_TO_BE_REPLACED 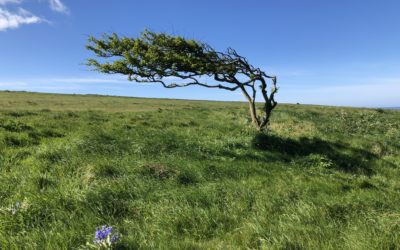